I’ve learned something important about myself this year. It’s probably been apparent to some for quite a while now, but I think I’ve finally come to terms with it. I have a confession to make:

I really like fancy parties- even better if there’s a theme. I like planning for these events, debating on what I might wear, down to the lipstick I put in my purse, the strange romantic in me enjoys every last bit of it.  I sometimes find myself thinking that I would be content if my entire life were a fancy party, like some sort of weird, poetic limbo. I love the people watching, the mingling, the cocktails; it’s a total respite from my everyday routine. They’re the kinds of events I dreamed of as a kid, and they’re every bit as satisfying as I thought they would be now that I’m a guest. I attended San Francisco Ballet’s annual opening night gala last Thursday, as I have for the last few seasons (I blogged about it here and here). After the dreaded “holiday hangover,” it’s just the thing to get you excited about the year again! The performance is always a treat, featuring excerpts from the season ahead, as well as a few opening night exclusives. This year, there was a crowd-pleasing blend of classical and contemporary pieces, intended on showcasing a number of the company’s dancers (and San Francisco Ballet students) at their best. My very favorite had to be Jiří Bubeníček’s Gentle Memories, which initially premiered at the 2013 gala. I’m a sap, what can I say?

While I, understandably, don’t have too many snaps inside the opera house (*cue Chorus Line’s “At the Ballet”* I’m glad some places are still phone-free), I did get quite a few photos of the evening’s memorable after party. 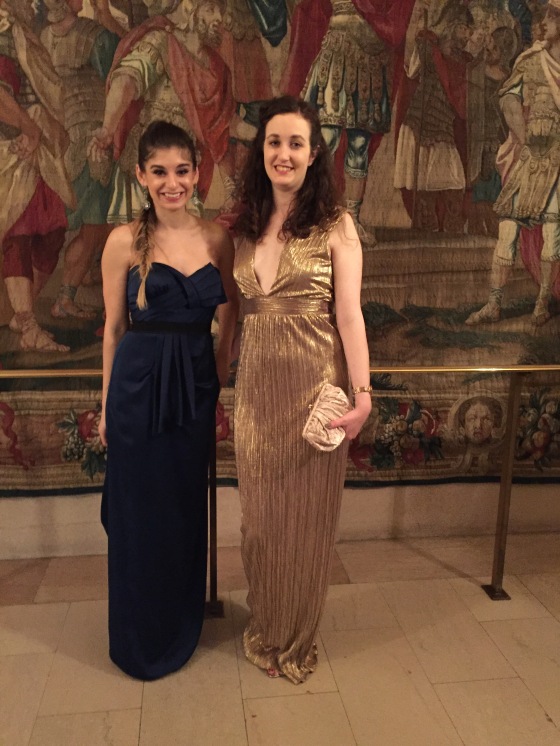 The blue dress was the winner! 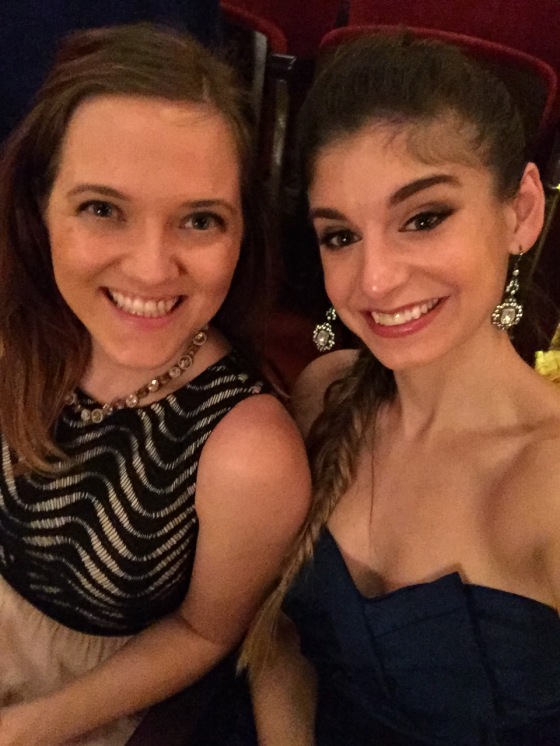 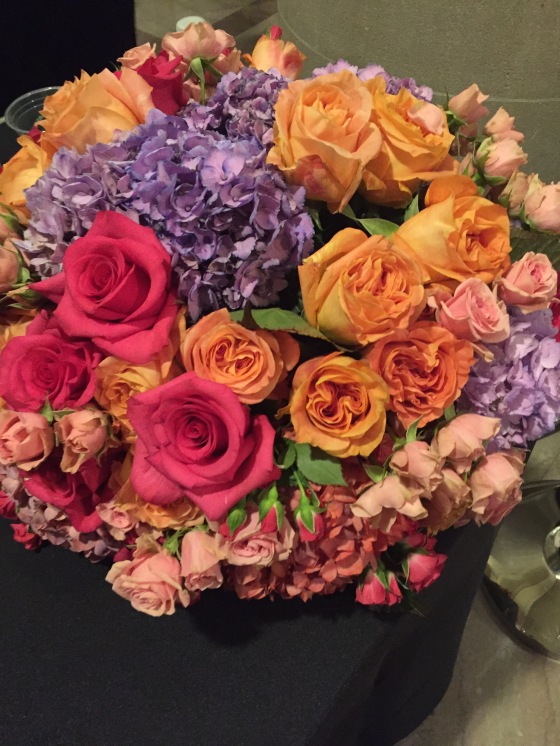 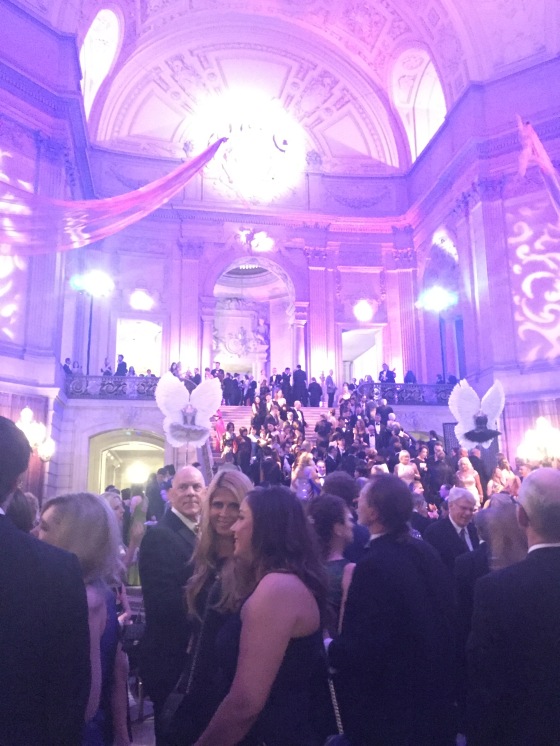 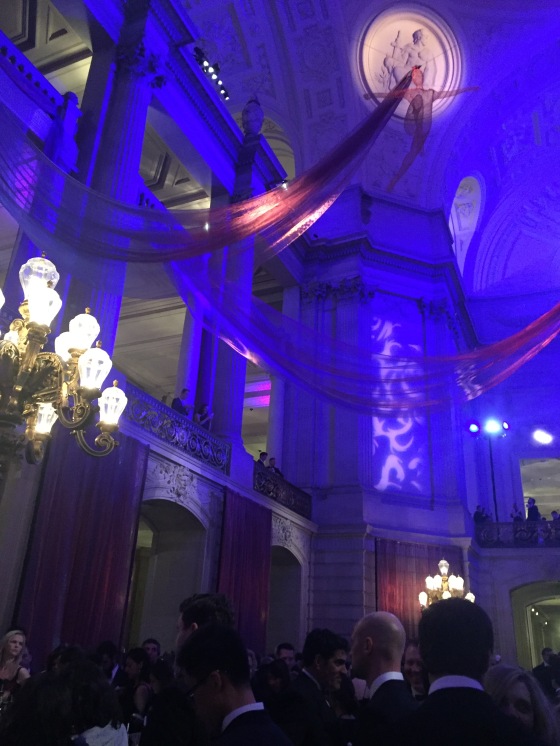 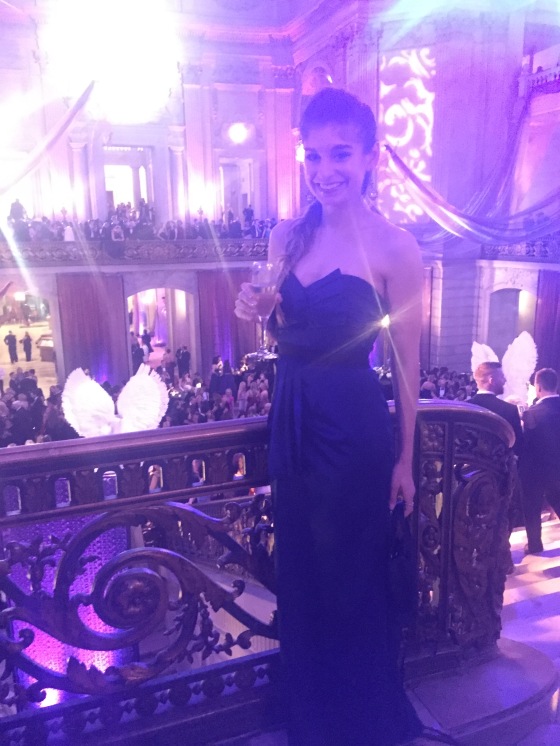 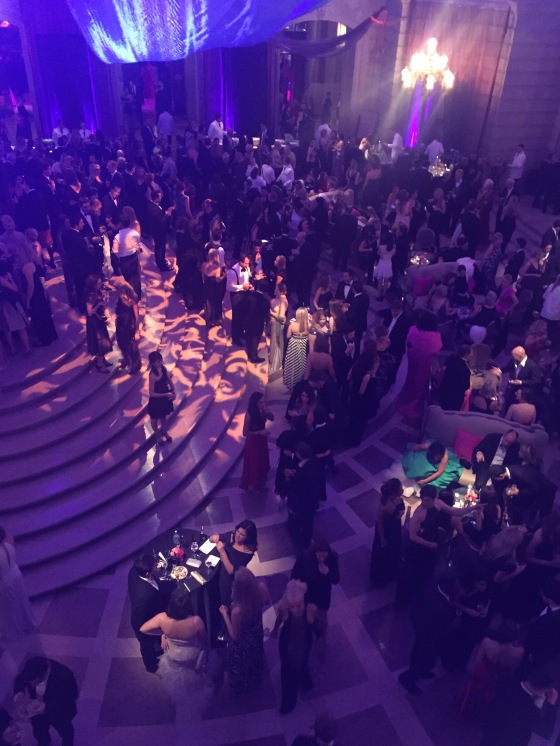 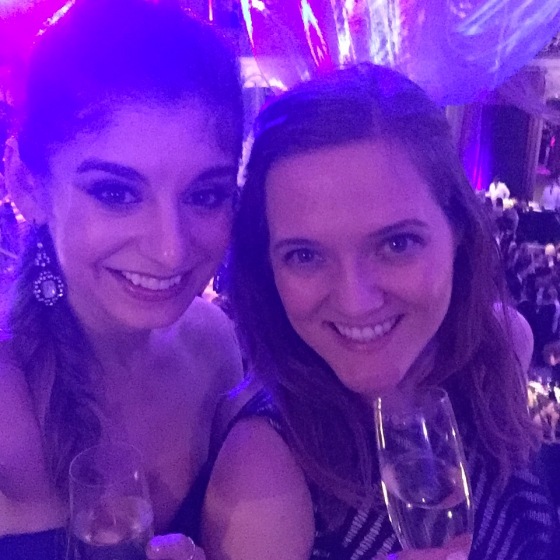 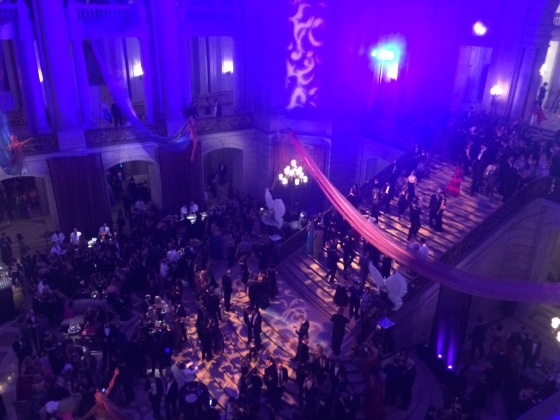 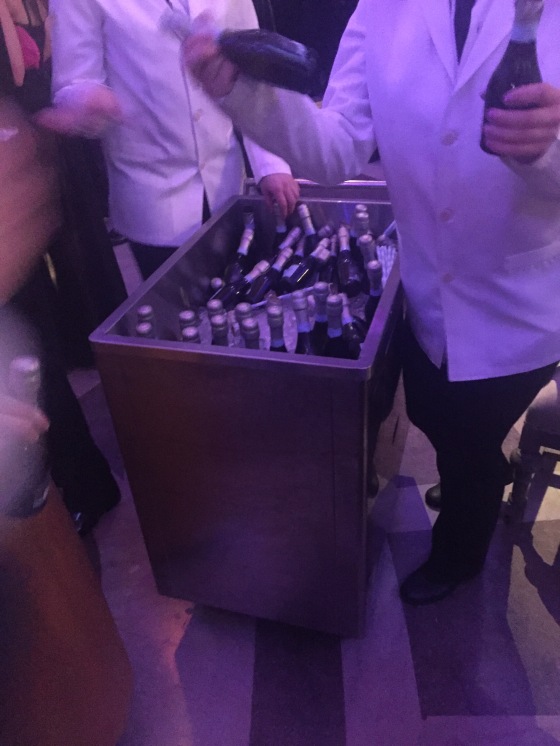 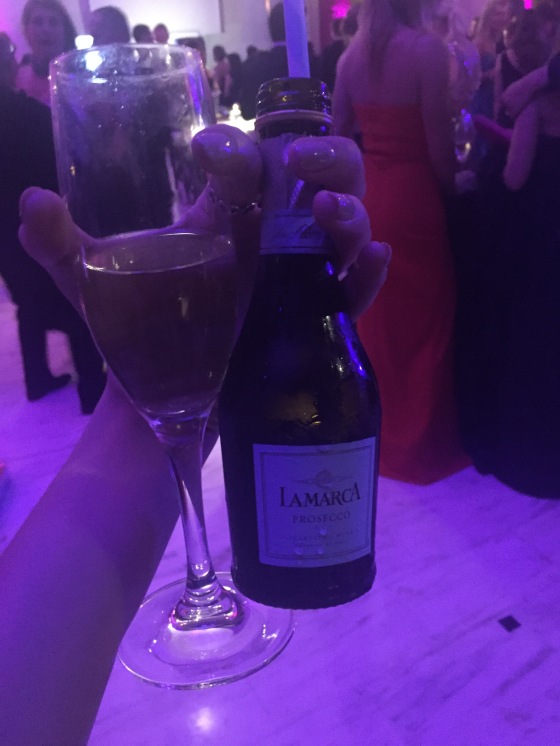 A newly discovered hidden talent of mine. 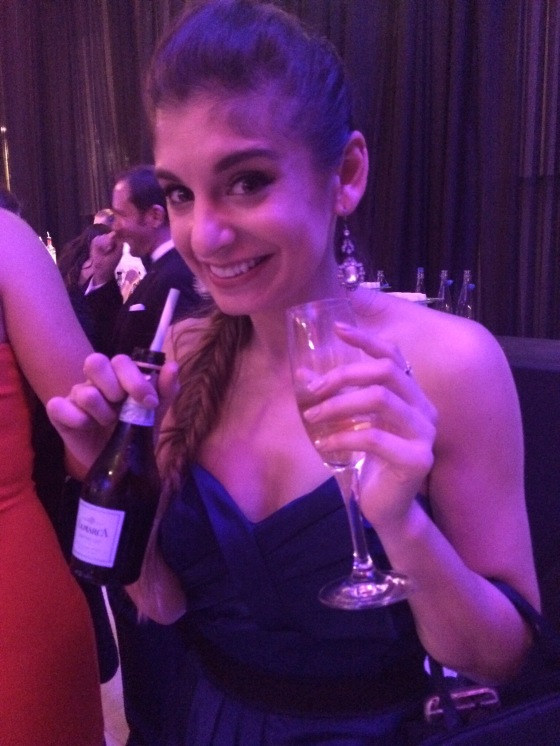 If you ask me, no opening night gala party is complete without a bar cart full of bottles of prosecco. I also found myself lingering around the over-the-top dessert table, with piles and piles of handmade truffles. Let’s not forget the oyster bar and the silent disco taking place on the second floor of our picturesque city hall. The theme of the evening was “Provocative,” which was only appropriate, since the entire evening was sponsored by La Perla. I was slightly disappointed there were no La Perla-themed gift bags, but considering I was able to get my hands on a tiny bottle of La Marca prosecco to-go, I was quite happy. I woke the next day with it still sitting in my purse, peeking like a little reminder of the evening before.

Can I go back now?

Of course I’m not writing to you today already in my pajamas, in bed, watching horrible TLC reality shows. And I certainly didn’t do breakfast-for-dinner today either. I’m much to refined for that.

In all seriousness, I’ve heard a number of people (including myself) say that it’s been quite the crazy week. Is it the weather here in the bay area? Something in the air (besides pollen)? I don’t know. What I do know is that it doesn’t feel quite the same without my Five Things. In the meantime, I’m sitting on a number of posts that are long overdue. Remember the 20th Anniversary Smuin Ballet Gala I attended  last year? Well, yours truly worked at this year’s very same gala. I’ve also conducted my very first interview ever, and have done quite a bit of thrifting and cocktailing as well.  In the meantime, take a look at these five things from my life: 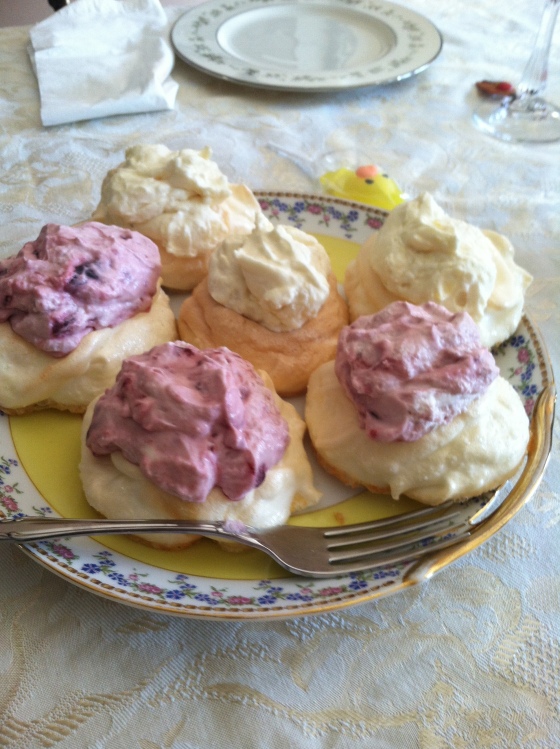 I had my first pavlova ever at my family’s Easter dinner. At first an entirely meringue-based desert seems like it might be a little bland, but I was totally wrong. Topped with lemon and berry mousse, it’s like eating delicious air. Which means negative calories, right? 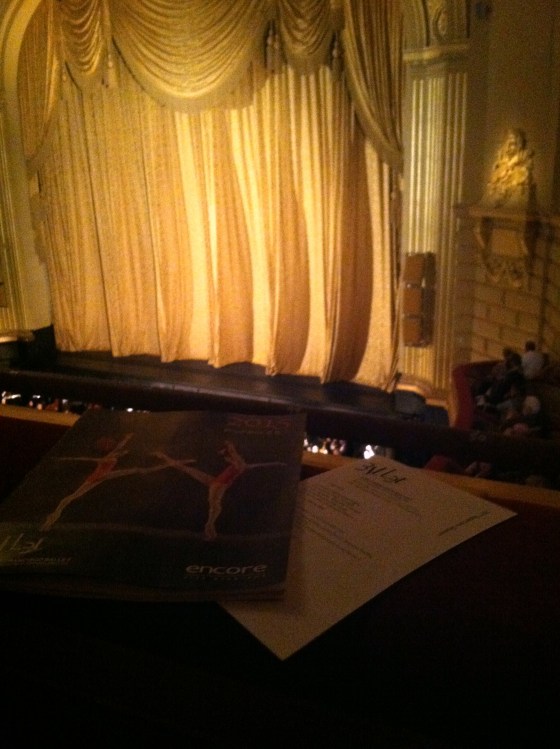 I scored some fantastic seats for San Francisco Ballet’s Program 7 this week. Go check out The List, if you’re not already on it. Who can say no to $25 ballet tickets?! 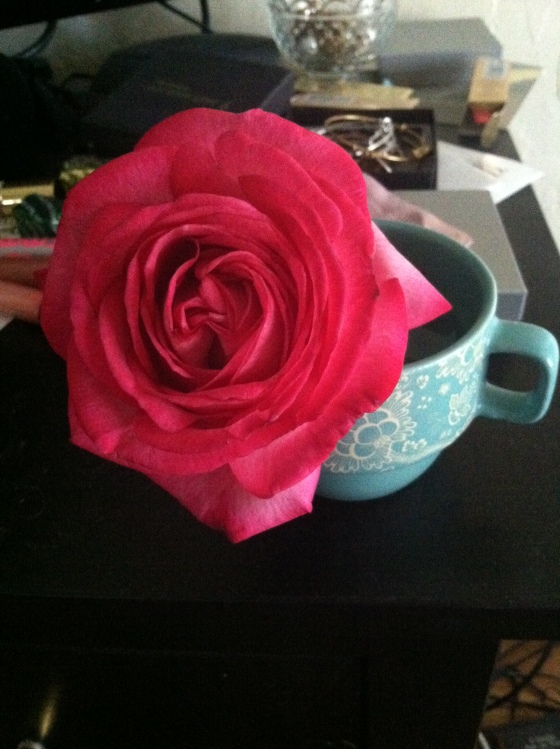 While dashing through life, this beautiful rose given to me by the boss lady somehow ended up in a coffee cup. I meant for this to be only a temporary vase, but liked it so much I decided to leave it be. I can’t get over how beautiful the colors look together. 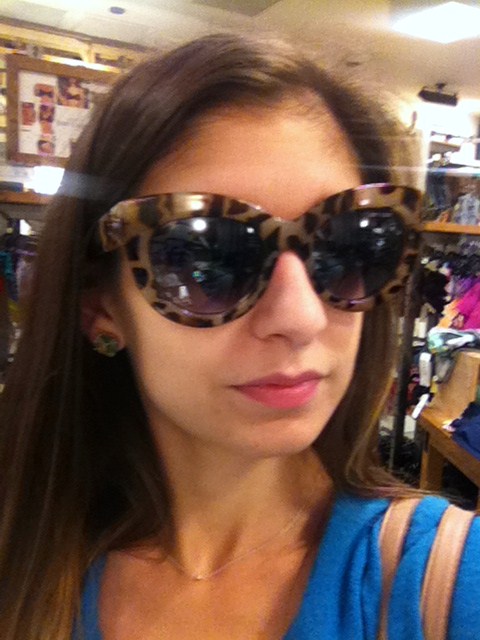 I’ve been hearing a lot about these trendy Quay Sunglasses from Australia. I snapped this selfie the other day hoping to get a friend’s opinion on them, and I must say, I quickly realized they were a little too over-sized for my pea head. I do love how unique their designs are, nonetheless. 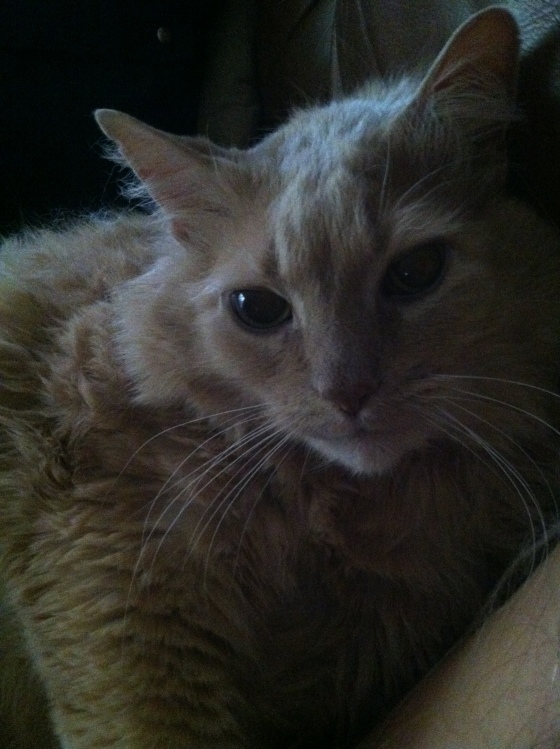 It’s been a while since my plus-sized cat, Buttercup, found her way onto Watch Me Juggle. I believe she made her first appearance on my very first “Five Things” ever. She’s so photogenic, I’m convinced she knows exactly when a camera is near.

I’m still alive and kicking, despite having caught ‘the sick’ that seems to be going around everywhere these days. You would think that I would be taking things relatively easy considering, but no- I find myself just as busy, if not more than usual!

On the topic of being busier than usual, last week I worked all three jobs that I’m currently juggling, and had the pleasure of attending San Francisco Ballet’s opening night gala performance (you can find my review from last year’s here)! My father thoughtfully bought the whole family tickets for the evening as a Christmas gift back in December. 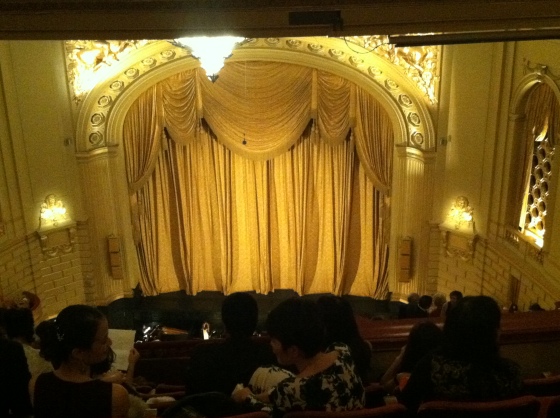 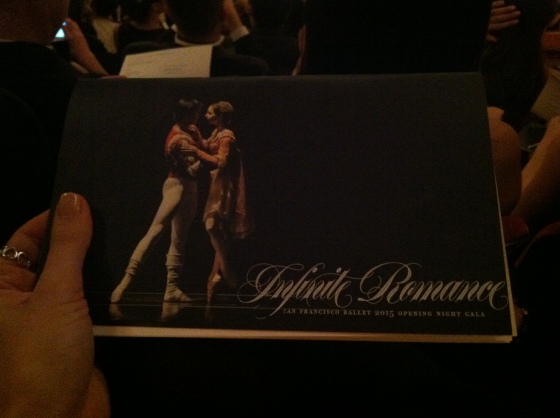 We kicked off the evening with the sold-out performance at the War Memorial Opera House. I found this year to be quite different from past performances as it primarily consisted of duets including only the principal artists of the company, as well as student showcase.  While the student piece was choreographed by Helgi Tomasson himself, I was disappointed at how little dancing the students and trainees actually did. Quite honestly, it was five minutes of technically perfect walking, bowing, and standing in formation. The following piece, an excerpt from “Alles Walzer,” was a reprise from the year before, and a rather lighthearted way to begin the program. The majority of the pieces performed were highly romanticized duets, perhaps as a nod to the evening’s theme. From Act II from “A Cinderella Story,” to “Borealis” accompanied by a cellist onstage, we saw a number of tumultuous relationships unfold onstage. Albeit some of them, as with the pas de deux from “Onegin,” seemed melodramtic whe performed entirely out of context. Unfortunately, as Alan Ulrich pointed out in his review for SF Gate, because the program itself was shuffled around and performed out of order, I had a hard time figuring out who was performing what. I echo his sentiments that the two group pieces were the highlight of evening- I especially enjoyed the excerpt from “The Vertiginous Thrill of Exactitude.” The program concluded with the classic pas de deux from “Le Corsaire,” which less-than-subtly showed off Tara Domitro and Vanessa Zahorian’s dancing.

Now, for the fun part: After-Party in city hall! 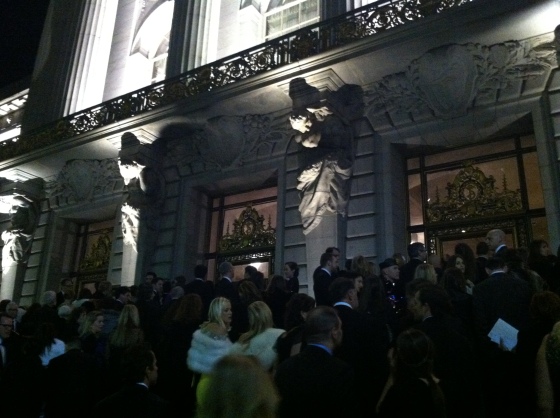 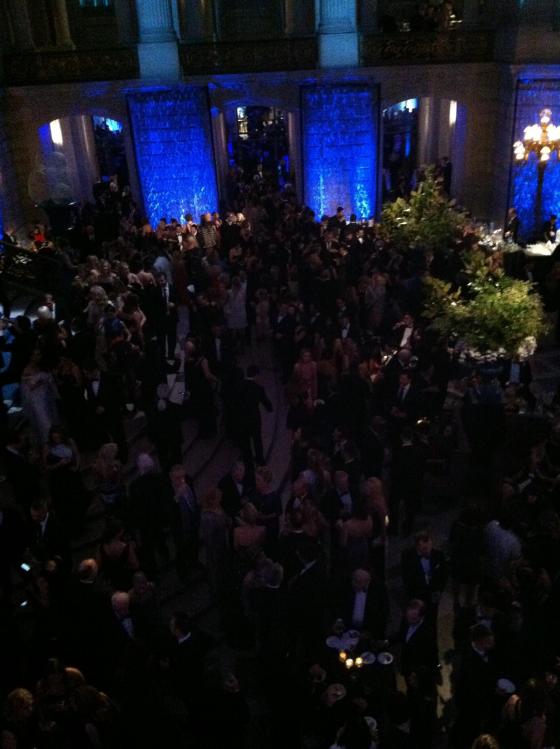 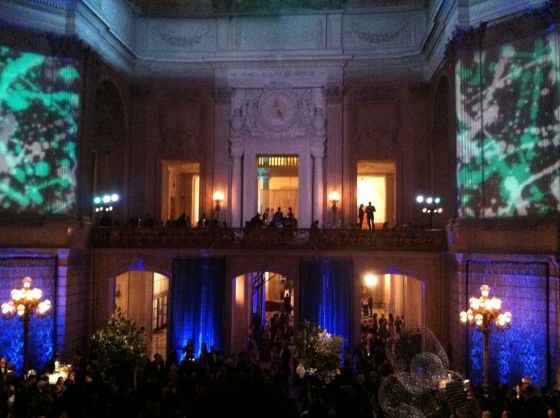 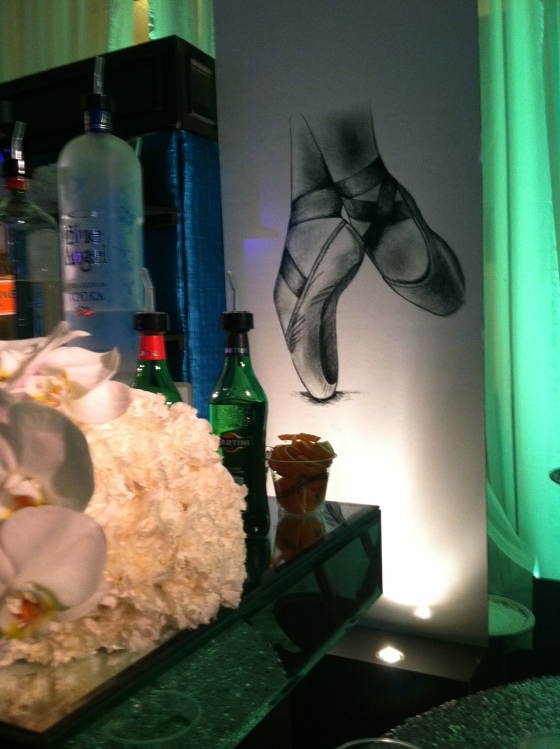 (Just in case you forgot you were at a ballet gala’s afterparty: pointe shoes/ballerinas everywhere!) 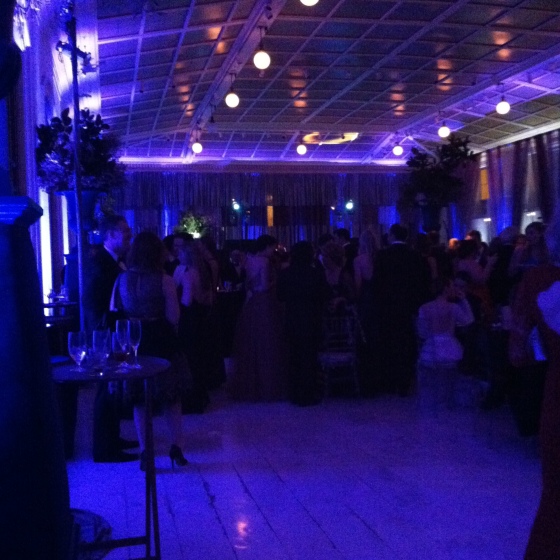 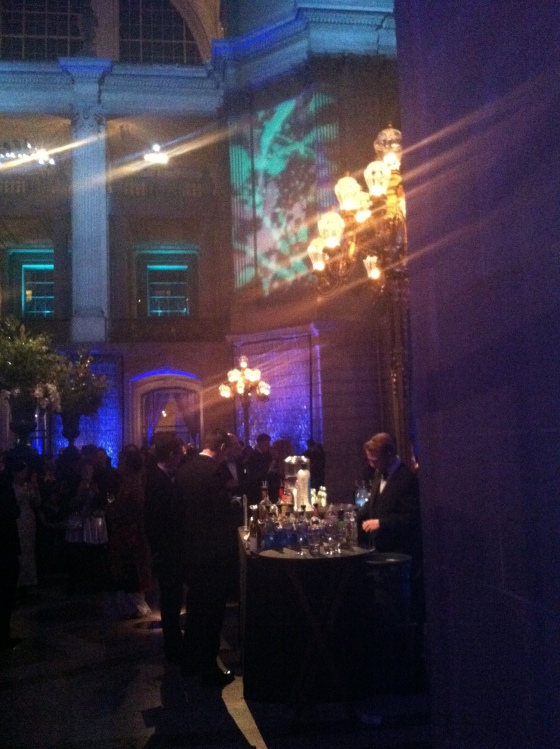 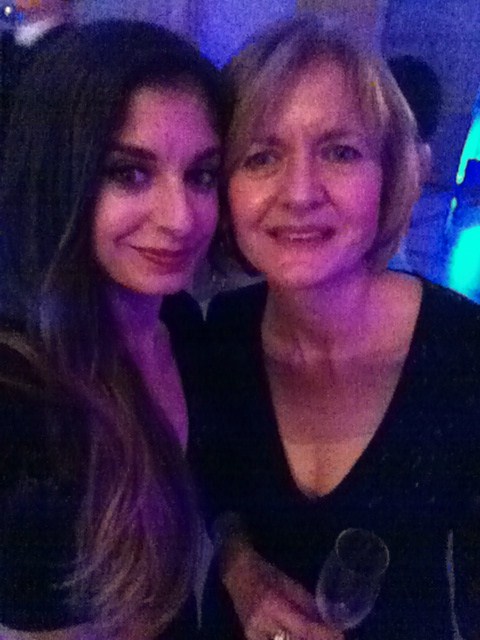 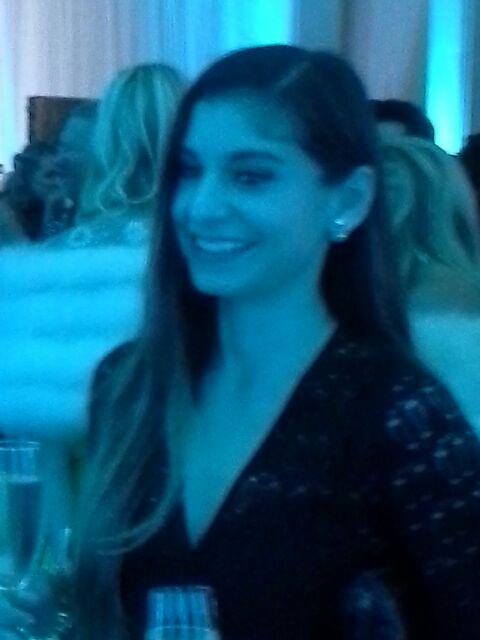 I asked my parents to take a few photos of me, which quickly turned into an amusing photoshoot in the corner by the bar. They were both pointing their smartphones at me, while I stood around and attempted to look nonchalant holding two glasses of prosecco. The above was the most flattering of the bunch. My mother and I then ended up taking selfies while I attempted to drink my ticket’s value in prosecco. I was determined to get my money’s worth, what can I say? With food, drinks, a great band, and multiple dance floors to keep you entertained, I think it would be impossible to attend this event and not have a good time. There’s always the possibility of running into very well-know figures in the ballet world, as well. My mother finally got to speak to one of her favorite dancers from the company, Yuan Yuan Tan, and I managed to meet some rather intriguing people myself! In case you were wondering, I ended up wearing a fabulous sheer chiffon mermaid-style skirt (from Urban Outfitters, see it here), along with a wrap that was admittedly dancewear. My studded Valentino look-alikes and my Marrin Costello bowzer bracelets made an appearance as well.

The evening was so enjoyable, we ended up staying until 1:30am, when the city hall security began to politely escort us out.