After a weekend of watching many fabulous reruns (I love “The Help”!) and taking it easy, I realized there were a few things in the back of my mind that were bothering me, and, inevitably, need to come to fruition on my blog. In the aforementioned movie, the advice given to a young writer is to write about topics that disturb her, particularly if they seem to disturb no one else.

During my travel adventures, I purchased a copy of one of my favorite magazines: Marie Claire. I have a US subscription, but hoped that for almost 10 New Zealand dollars, the Australian version would have great content warranting the high price. I was not disappointed. 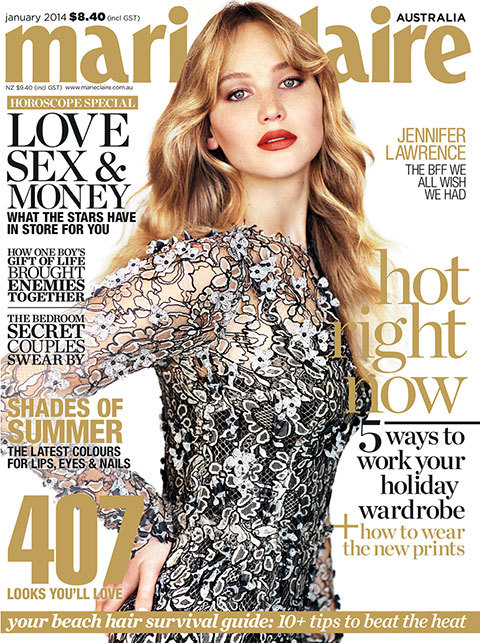 The magazine itself contained a fantastic mix of fluff (beauty, wardrobe advice, summer hair) but also contained some of the most controversial and informative articles I have ever seen in a woman’s magazine. Relationship advice making a case for couples having separate bedrooms was one of the more lighthearted topics. Also discussed were child organ donation between war-torn countries, the survivors of the 2008 Mumbai terrorist attacks, and surgical innovations reversing the damage of female genital mutilation. Instead of redundant “What I like about Me” articles, there was a seemingly uncensored survey on how the world views Australians. Don’t get me wrong, I love the lighthearted, self-esteem building articles featured in the American magazines, but reading something that combined both lifestyle pieces and current events on a equal level was refreshing. I wasn’t frustrated with this disparity until I received the latest issue of American Marie Claire in the mail. About half-way through the magazine, I noticed a number of articles specifically targeting young, single women. Most of them were written in a tone of encouragement, empowerment, even. “Choose Your Own Adventure!” some of them said, “Meet the New Single Girl.” And then, at the far back, was a piece thrown in that looked liked this:

20 – the best biological age for getting pregnant

27- the average age of first marriage in the US. When female fertility starts to decline.

31- the best age to have your first baby

35- the best age to be done having babies

34- the age at which women are happiest with their bodies

74- when women are happiest

Please note that these selections are entirely verbatim from Marie Claire, February 2014

The title for this listing was “Sorry, Wrong Number” and cited differing sources following each number listed. I love that you encourage female empowerment and slap these arbitrary numbers on the back of your magazine. I guess my fertility is declining right now and my “new” single self  has some thinking to do. I understand that this information was included within the magazine to provoke discussion, but I can’t help but be disturbed by their cavalier attitude, carrying on about how being single is no longer “a layover on the way to (…)partnered bliss”  right next to big, bold red numbers of what the average female life is decidedly like. Please also note that these numbers were printed next to advice from “The Text Whisperer,” explaining convoluted texts from the opposite sex. Because how else will I know that the guy I’m speaking to is a total jerk who objectifies me?  I call your bluff, Marie Claire. You highlight beautiful, strong, intelligent women in your magazine, and I think you did them a disservice by publishing this. It was inappropriate, especially after all your articles praising real women and their bravery and intelligence. If you thought more highly of your readers, you would have realized that we appreciate being viewed as more than just a statistic. We already know these numbers, and we’re discerning enough to know better.

One thought on “A few thoughts…”