It’s been far too long since I’ve posted on Watch Me Juggle. I’ve missed it altogether too much.

Having been out and about quite a bit lately, you would think I would always be itching to post about my latest adventures. But, in a strange way, once I’ve forced everyone to look at all of my vacation photos, then it feels truly over. Then again, the only thing that remedies that is going on more adventures, right?

Despite being the consummate California girl, I’ve always wanted to explore more of the U.S. I’ve recently noticed that I pretty much wander off of the West Coast only to leave the states completely, and that had to change sooner or later. So, when the opportunity presented itself to visit a good friend Devyn in Maryland, I had to go. We only had a few days, but we managed to hit two states, three major cities, and walked and shopped over 12 miles, taking breaks for cocktails and ogling at monuments. We saw and did all the things, as I like to say! 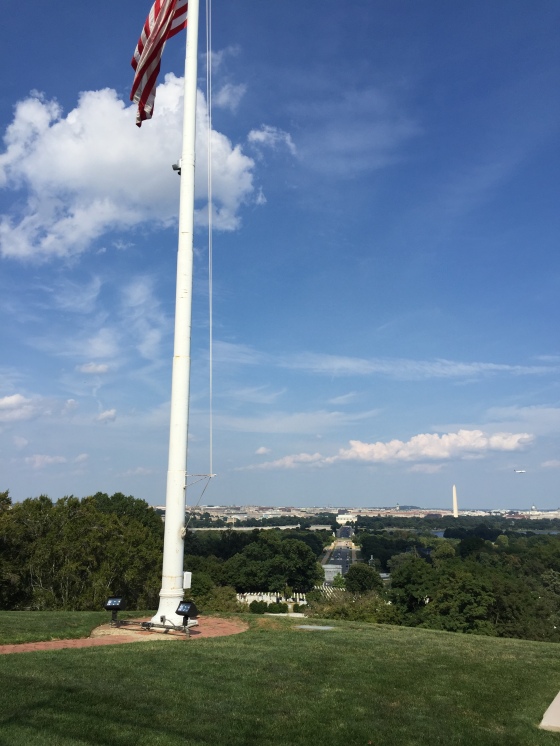 We started off the trip with homemade ebelskivers, and a brunch cocktail made with local donut peach cider, spiced rum, and sparkling water (which was obviously delicious). Since getting out of the army, my friend has become quite the “domestic manager,” as she likes to say. After eating our fill, we headed to Arlington National Cemetery. Although this spot was not initially on my extensive to-do list, I’m so glad I went. It’s beautiful and filled with history.

We of course visited as many monuments as we could during our Washington D.C outings; the Washington, Lincoln, and Vietnam memorials were spectacular. Of course, I had to be a tourist and pretend to hold things up in photos.

I also took the obligatory picture outside of this clearly unimpressive place.

We also tooled around Georgetown a bit, which I did enjoy- it’s a lovely part of town. We even managed to pop in to Georgetown Cupcake (there was no line!) for a quick cupcake before 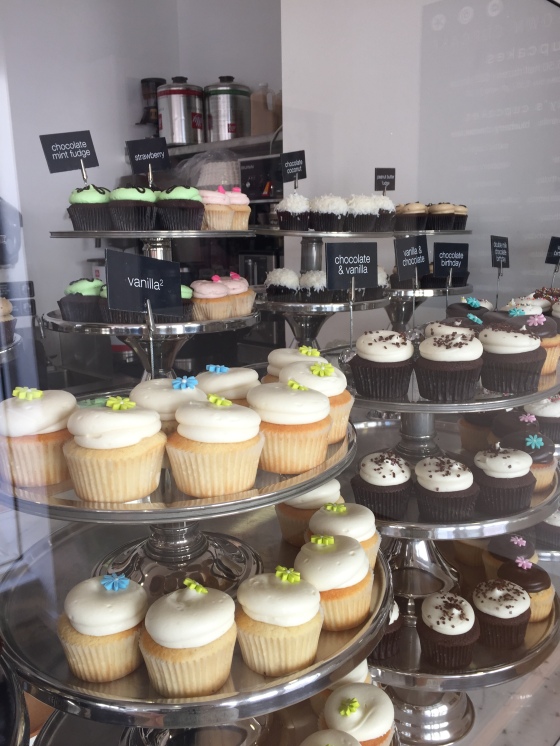 As Devyn clearly predicted, perhaps one of my most favorite places had to be Annapolis. I decided to shed my usual black/grey uniform and blend in with the locals in my Lilly Pulitzer. There’s nothing like dressing up in your friends colorful closet to make you feel like you’re really on vacation. I felt very festive.

The evening wouldn’t have been complete without dockside drinks at Pusser’s. Despite living walking distance from a bar that serves the original Painkiller cocktail, I decided to cross the country just to have another one. You know, for the sake of quality control.

Yes, they did taste the same on the east coast, although the view might have been slightly better.

Some people compare falling in love to that feeling of coming home after a long vacation. I hope this saying doesn’t ring true for everyone, because I’m almost always a little bit sad. Don’t get me wrong, I love my little apartment and its purple bathroom, but I almost always feel a little deflated when a fantastic vacation comes to an end. There’s a unique feel to the East Coast that we don’t have here in California. Everything here is quite shiny and new (and as of lately, very brown), where there’s a little bit of history around every corner in Washington. It was quite fun to be on a vacation where I learned so much. Devyn would frequently point out the many plaques on the side of the road that marked a historic something-or-other. There was even one outside of a sushi restaurant-apparently where John Wilkes Booth hid from authorities after assassinating Lincoln. Who knew? Above all, I came away with the strangely encouraging fact that there is still so much left to see.