Today’s post chronicles Part Two of my latest weekend adventures. Day 2 in my LA involved brunch at Urth Caffe, (a place I will absolutely be visiting the next time I’m in Southern California) and some daytime tooling around Griffith Observatory. Despite the ridiculous crowd migrating up the hill to take in the famous view, the Observatory itself was pleasantly open. 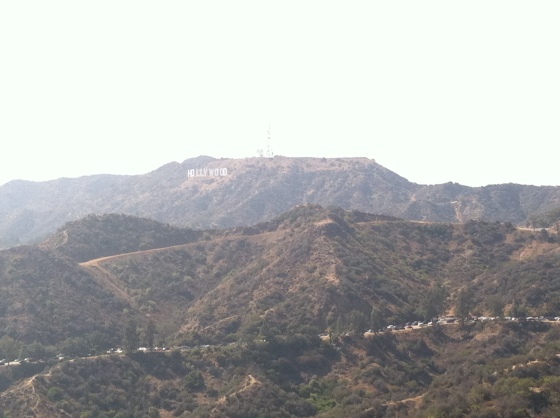 A photo from the observatory deck. Does anyone know why the famous Hollywood sign came into being? 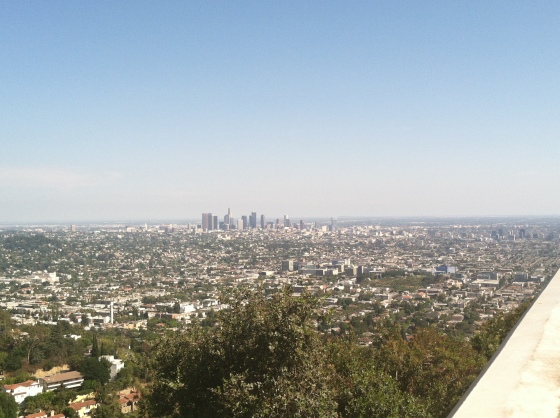 LA is ridiculously populated- buildings as far as the eye can see. It’s also, unfortunately, the city with the worst pollution problem in the US. There are apparently mountains in the background, but we couldn’t see them, which makes me a little sad. 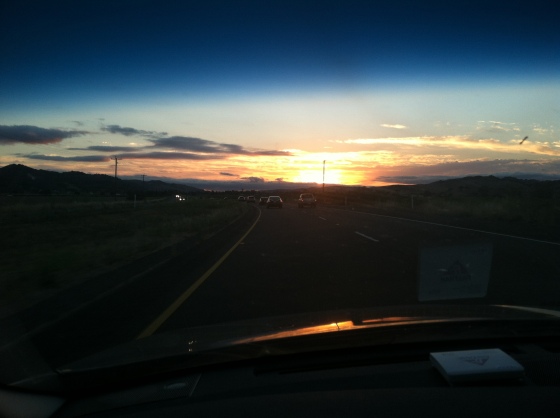 After enjoying a little bit of the sunshine, it was time to head back. I know I shouldn’t be taking photos behind the wheel, but the sunset while driving up the coast was just stunning. My amateur phone photography isn’t quite doing it justice. 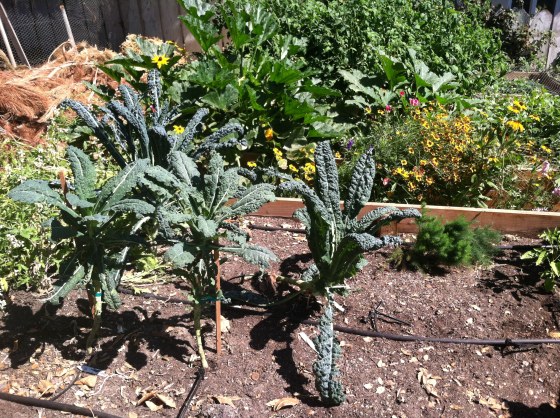 I’m glad I made the extra stop in San Luis Obispo. Not only did I get to visit some of my favorite people, I got to see the progress of their beautiful garden since my last visit in November. It’s flourished, to say the least. Extra points to them for supplying me with a basket of home -grown veggies and eggs for the ride back. 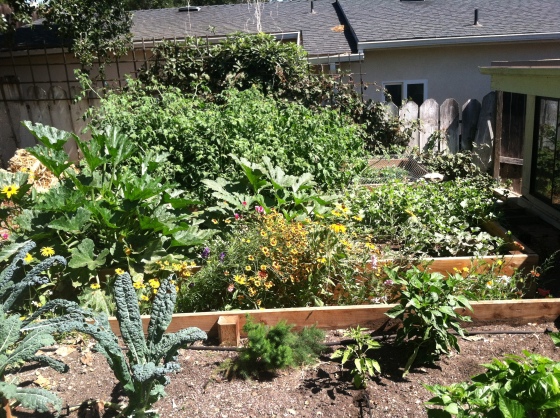 Here you have some kale, zucchini, cucumbers, and peppers, all shadowed by a huge tomato plant in the background, as well as some blackberry bushes. Behind me is a continuation of the garden with melons,corn, and an orange tree. If you look closely, you’ll see the hottest pepper in the world, the ghost chili,  in the bottom right hand corner. I’m not sure what they’re going to do with that, but good luck to them. I figure it would be a good way to enact revenge on people you really dislike…? 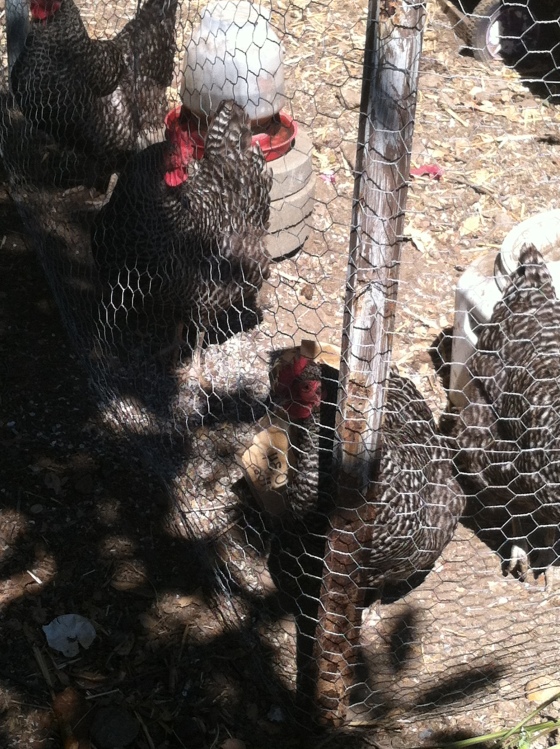 Did I mention they have three cats, four chickens, and a dog as well? It’s a bonafide animal menagerie! The chickens aren’t nearly as cute as the other members of the household, and have a tendency to peck at your toes and be generally stupid. 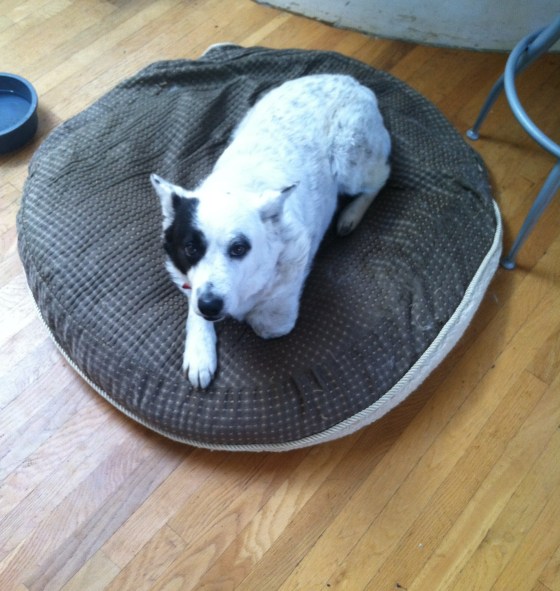 The newest member of the clan is Jeb, the three-legged dog. He’s the ultimate example of a grateful rescue dog; all he wants in life is some food and gentle pets. Despite his rather tumultuous background, he is surprisingly unsuspicious, and laid his head in my lap about three seconds after initially meeting me. He reminded me so much of a well-loved stuffed animal, with his snaggle tooth and his snuffling- I joked that all he needed was a patch on one of his hind legs to complete the transformation.

Happy Tuesday!  Watch Me Juggle will be back tomorrow with it’s weekly “Five Things.”